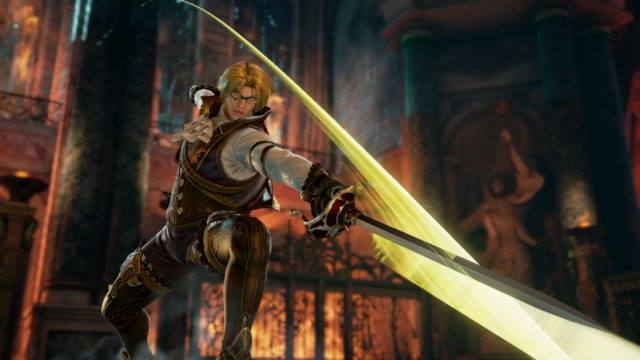 The following Creation Parts will be added for everyone after applying this update.

Weapons can be selected by pressing the □ button while the cursor is set on the regular character in the character selection screen.

*The aforementioned button refers to the PlayStation 4 version.

*The different weapons are cosmetic in nature as they do not provide any changes in weapon performances.

When the creation character frame is selected in the character selection screen, the cursor’s previous position is memorized.

Fixed the instance in which when a “RANKED MATCH” is found while in standby mode in TRAINING”, the command input would still be active during the match.

When using the command record in the “TRAINING”, the recording can be started by pushing the “R3” button and can be stopped with the “L3” button.

*The aforementioned button refers to the PlayStation®4 version.

Some of the texts has been correction.

General stability has been improved.

The appearance of “Partial Shadow Leg Guards” and some pants parts (“Arabian Slacks”, “Slacks”, “Slops”, “Cropped Pants”, “Prayer Pants”) will be modified. This is to avoid parts clipping through each other.

Fixed instances in which the discrepancy between the creation screen and actual gameplay screen regarding the “Bad Boy Grunge” hair color selection.

Fixed the appearance of the chest area when “Fetching Leotard” and “Parlor Blouse” are both equipped at the same time.

Fixed the appearance of the back of the head when “YoRHa No.2 Hair” and “Wizard’s Hat” are equipped at the same time.

Fixed the unintended change of Xianghua’s head skin color of when her hair is removed.

The amount of gold consumed via “Exploration” will be changed from “30G every 100km” to “20G every 100km”. The amount necessary to go through the obstacles (ocean, dessert, mountains, etc.) will also be lowered.

The amount of gold obtained when clearing the following missions will be increased.

The strength of the following enemies will be reduced :

Fixed instance in which the character’s hair changes when performing a Soul Charge during battle if “Lost Soul (Winged): Male” is chosen as with the default hairstyle.

Adjustments for the PlayStation 4 version

The “button confirmation screen” in the OPTION menu’s controller settings can be closed with the “Touchpad” or the “OPTIONS” button.

*This is to avoid the problem, that occurs in some of the arcade sticks, in which players would get stuck on the “button confirmation” screen being unable to quit without closing the application.

Fixed instances in which the game would crash if older unsupported replay data was found in the “REPLAY” list when selecting “Battle Log” or “Favorites”.

*This is only relevant the PlayStation 4 and STEAM versions.

*For Xbox One there is no change as the search is done on the constructor side.

The obtained RP will be increased when the rank is lower than “G1” and winning against an opponent with a rank difference.

For battles in which players are between “C5” and “B1”, the amount of RP gained will be increased when fighting against an opponent lower than a certain rank.

The upper rank limit of the consecutive bonus application will be augmented from “G1” to “E1”. The scale factor to RP caused by the consecutive win will be increased. It is for those players who have capability to win consecutively in the current rank can go up faster to the rank with the players with similar skills.

In the “RANKED MATCH” and “CASUAL MATCH”, the filer “all” in the “language” and the “area” settings will be changed to “Other Regions”. This is a text correction only to give a better understanding of the filter without a change in its usage.

*We are investigating any other unexpected issues in an orderly fashion. We apologize for any inconvenience caused. Thank you for your understanding and continued support.

Providing a safe and fun gaming experience for players all around the world is one of our core pillars which why we follow strictly our company policy which is to BAN players that violated the agreed upon rules. We will continue to enforce this policy.

Regarding the Future Update

The following corrections will be made in order to improve the matching quality of “RANKED MATCH” by enhancing the network stability and the match making process as to reduce the rank gap between opponents.

1. The removal of “language” and “area” filters.

2. Setting the “ping/connection” filter to “more than 4 bars” by default.

In “RANKED MATCH”, we are planning remove the limits of the rematch option in order for players to continue playing against an opponent they enjoyed matching the first time.

Fixing the instance in which the players would be unable to progress if a player would leave the lobby in “CASUAL MATCH”.

In “REPLAY”, we will be adding the function of deleting old replay data which is no longer supported.

*We are continuously checking and investigating any other potential issues. 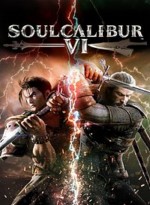